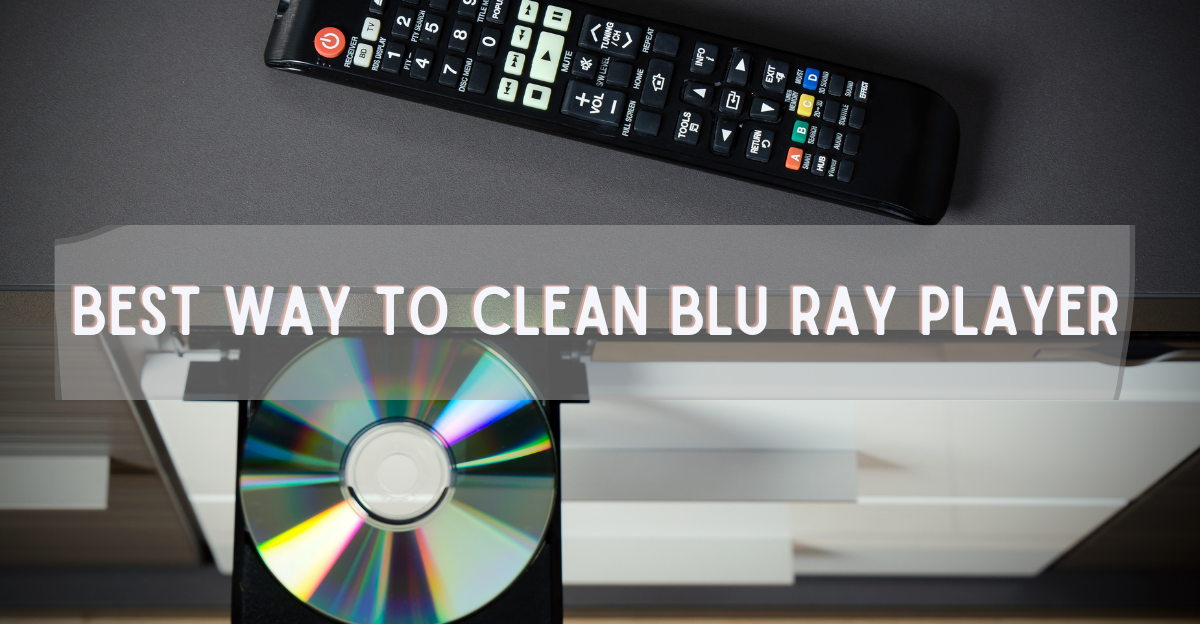 A Blu-ray player is one of the most technical and expensive pieces of home theatre equipment. Because it is so high-tech, you must ensure that you regularly take the necessary precautions to keep it in good working order. The lens is an essential component of your 4k blu-ray player. If this lens becomes scratched or dirty, you will be unable to watch movies or television shows for long before they become distorted. This blog post will teach you how to clean blu ray player’s and the best way to clean blu-ray lens so that your viewing experience remains flawless!

Why do you need to clean the Blu-ray player?

Blu-ray players can become dusty over time, depending on how they are used. Blu-ray players are delicate pieces of hardware that require special care when cleaning. Dust can collect in the disc tray and between the loading gears. This dust will eventually cause the blu-ray player to be unable to focus or play discs. A dirty lens can also impair the performance of your Blu-ray player. This is why it is critical to clean them regularly before they become too dusty and require professional repair.

How do I clean my Blu-ray Player?

There are a few ways that you can clean your blu ray player.

How to clean the inside Blu Ray Player?

Use an Air Duster

If your Blu-ray player is highly dusty, you should clean it from the inside out to avoid damage. Taking apart your blu ray player is not recommended unless you know how to do so safely.

How to clean the outside Blu Ray Player?

Use a soft cloth

How to Clean the Lens on Blu Ray Player?

What are the Bad Effects of not cleaning Blu Ray Lenses?

The presence of dust or dirt on your blu ray lens can impair the clarity of your movie viewing experience, so it’s critical to clean it regularly. Dust and dirt can become embedded in the lens, making it difficult to see the film. If you do not clean the disc tray or blu ray lens, dust particles that pass over the discs while they are being read can scratch or damage them.

How Do I prevent my Blu-Ray Player from getting dusty in the Future?

It’s a good idea to keep your blu ray player out of direct sunlight as much as possible to keep it clean. The heat emitted by the sun can become trapped inside your blu-ray player, causing it to overheat and malfunction. If you put it in a cabinet or another room, it will stay cool and work properly.