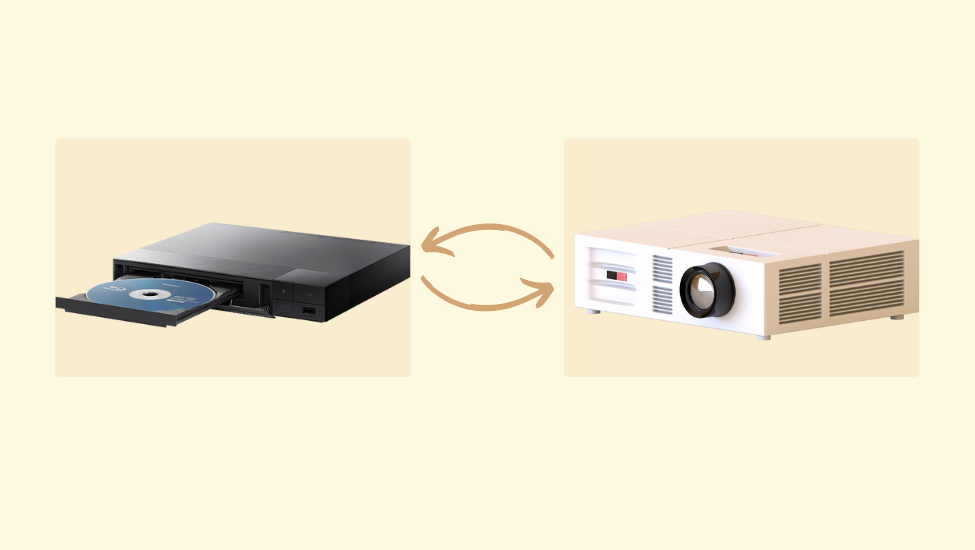 Projectors are a great way to bring movies to life in your home theater. They provide an immersive experience that you just can’t get from a typical flat-screen TV. With the latest technologies, you can get high-definition resolution, deep blacks, and vibrant colors that will make you feel like you’re right in the middle of the action. But is it a wise idea to use a Blu-ray player with a projector?

A Blu-ray player is the perfect companion to a projector, as it provides HD audio and video playback of your favorite movies. With a Blu-ray player, you can also access streaming services like Netflix and Hulu. This allows you to watch the latest blockbusters or catch up on your favorite TV shows with crystal-clear clarity. You can even use the Blu-ray player to access games and other media content. In this article, we discuss some basic facts about using a projector with a Blu-ray/DVD player.

Do You Need A Blu Ray Player For A Projector?

Most projectors made in the past five years do not require a Blu Ray player to use them. Projectors nowadays have in-built media players that can play video, pictures, and music from a USB drive or an external hard drive. Some higher-end projectors may even have inbuilt streaming capabilities, allowing you to access content over the internet without needing a Blu Ray player.

However, if you want a Blu-ray player, it would be a smart idea to get one specifically designed for the projector you have. This would ensure that it supports all the necessary resolutions and codecs to play Blu Ray movies on your projector. Additionally, a dedicated player will have better audio and video output than an internal player, allowing you to get a better viewing experience.

What Should I Need To Connect Blu Ray DVD Player with Projector?

To connect a Blu-Ray/DVD player to a projector, you will need the following: an HDMI cable; an audio/video input on your projector (check your user manual to make sure it is compatible with Blu-Ray players); and an HDMI port on your Blu-Ray or DVD player. Make sure that the length of your HDMI cable is long enough to connect from the Blu-Ray player to the projector.

Finally, make sure to configure the settings on your Blu-ray player and projector so that they both output audio and video in the same format. Once all of these components are in place, you should be able to successfully connect a Blu-ray player to your projector.

The higher resolution of the 4K player will be downscaled to fit the projector’s native resolution, resulting in a picture that is not as sharp or clear. You may also see artifacts or distortions in the image due to downscaling.

In a nutshell, it is possible to use a 4K Blu-ray player on a 1080p projector, but the image won’t look as good as it would on a 4K compatible projector.